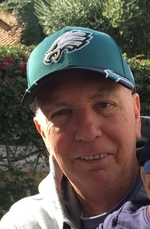 John was born in Philadelphia and resided there until he moved to Mount Laurel 26 years ago. He was a U.S. Army Veteran serving during the Vietnam War and received the Air Medal for participating in over 25 aerial missions over hostile territory in support of counterinsurgency operations. He was a soccer and basketball coach and also was a referee for both sports. He was a volunteer at Vitas Hospice and was a member of the American Legion Post 66 where he served as their secretary, a member of the Knights of Columbus -Our Lady of Lourdes Council in Philadelphia and also a member of the Ancient Order of Hibernians. He enjoyed bowling and dancing but most of all he loved spending time with his family.

John is survived by his wife off 45 years, Celeste M. (Nee Wagner); his children, Tara Kleaver Stewart and her husband James and Brian Kleaver and his finance Cintia; his grandchildren, Eamon Stewart and Ethan Stewart; his siblings, Charlotte Mazzenga, Joyce Vinciguerra(Joe), Charles M. Kleaver, Jr.(Diana) and Patti Glim(Pete). Also survived by many nieces and nephews. John was predeceased by his sisters, Margaret Mehl(Charles), Dolores Perkins and Rose Vinciguerra(Tony).

In lieu of flowers, donations in his memory may be made to the Penn Medicine Development Att: FTD Center, 3535 Market Street Ste. 750 Phila., PA 19104 or to the NJ Memorial Veterans Home Att: Volunteer Service Dept. 524 NW Blvd. Vineland, NJ 08360.